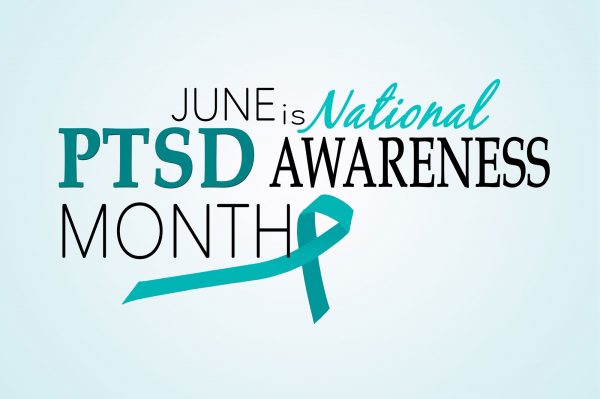 The mental health observance for the month of June is post-traumatic stress disorder awareness. According to Mental Health America, PTSD affects over 14 million adults in the U.S. in any given year. While PTSD is prevalent in military veterans, PTSD also affects people who do not fall into that category. By calling more attention to this disorder, mental health professionals and organizations hope to create a better understanding of PTSD and how we can better support those living with it.

Post-traumatic Stress Disorder is classified as an anxiety disorder that occurs after experiencing or witnessing a traumatic event. A traumatic event is considered to be a life-threatening event such as military combat, terrorist incidents, serious accidents, natural disasters, or physical or sexual assault in adult or childhood.

Who Does PTSD Affect?

PTSD has long been associated with military veterans who have experienced combat or with first responders who may face trauma in their line of work. However, PTSD also affects survivors of sexual assault, car accidents and natural disasters. Additionally, researchers have also observed that it can develop in adults who experienced years of childhood trauma. This includes physical, emotional or sexual abuse, neglect or other violations of safety.

Symptoms often begin almost right after the trauma is experienced. In other cases, the symptoms may not begin or may not become an issue until years later.

Common symptoms of PTSD may include:

PTSD can be successfully treated. Participating in treatment and having a support system is critical in recovering from PTSD.  While memories will not go away with treatment, those affected by the disorder can learn how to manage their response to these memories and the emotions they bring up. The traditional method for treating PTSD is a combination of psychotherapy (talk therapy) or cognitive behavioral therapy (CBT) and antidepressant medications.

When a patient is seeking treatment, it’s imperative that they find someone who has a sub-specialty in treating PTSD. While the mental health workforce is already experiencing a shortage, an even more limited number of mental health counselors, therapists, psychologists and psychiatrists in the U.S. are trained in the two main therapies for treating PTSD, referred to as cognitive processing therapy and prolonged exposure therapy.

If you would like to learn more about PTSD, the U.S. Department of Veterans Affairs has put together information for this month’s observance pertaining to both veterans and civilians.