The War Against Invisible Wounds Continues 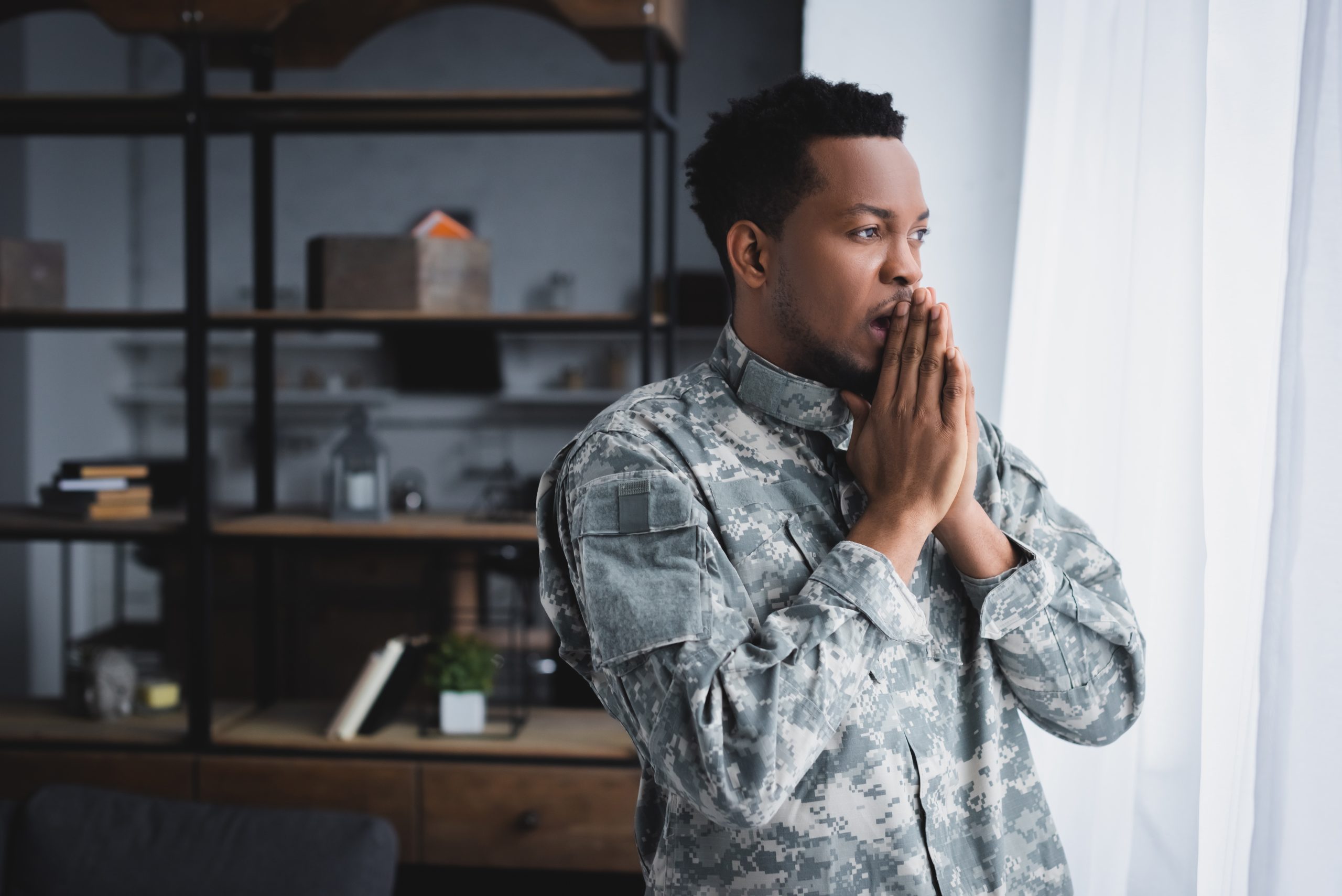 The War Against Invisible Wounds Continues

A 20-year war has finally ended.  In late August of 2021, President Biden called for all American forces to leave Afghanistan, thus ending a war that has been going on for longer than some Americans have been alive. Americans who were alive during the September 11th attacks all witnessed and endured a collective trauma that changed our country and a generation of people forever. Our service men and women, as well as those military families, have experienced trauma as it relates to this war, whether that trauma be physical or mental.  It is safe to assume that those military individuals and their families will most likely continue the fight against the invisible wounds of war for several years to the rest of their lives. Regardless of individual views and opinions, how do we as civilians offer support to members of the military who are in our communities, workplaces, and homes as they come back and are reintegrated into society?

First, it’s important to know what we are up against. The National Council for Mental Wellbeing reported that 30% of active duty and reserve military members who were deployed to Iraq and Afghanistan have a mental health condition that requires treatment, which equates to approximately 730,000 men and women suffering from things such as post traumatic stress disorder and depression. According to the U.S. Census Bureau, that’s more total people than the city of Denver, Colorado. Furthermore, the National Council for Mental Wellbeing noted in that same 2021 report that “less than 50% of returning veterans in need receive any mental health treatment.”  The United States Department of Veteran Affairs reported that utilization of healthcare services increased from 20% in the year 2001 to 48% in 2016. Interestingly, that also shows that more than half of veterans do not utilize the VA healthcare system, meaning those individuals are seeking services elsewhere, if at all.

Secondly, although not every individual who enters the military will experience trauma or automatically develop mental health disorders like post traumatic stress disorder, issues such as moral injury and survivor’s guilt can still make an impact on individual servicemembers and their families. Moral injury and survivor’s guilt can be very mentally debilitating for service members, especially now that the U.S. has withdrawn from Afghanistan.

Moral injury, according to the VA, is “the participation in actions related to combat warfare, such as killing or harming others.” Moral injury can also come indirectly from acts like witnessing a death or others dying, failing to prevent similar immoral acts, and granting or receiving orders that can be viewed as immoral or inhuman. This definition as well as the impact of moral injuries on a military member’s or military family member’s mental health can be distressing and can increase the severity of symptoms that these individuals can experience. This can only complicate and add a whole additional level of complexity to post traumatic stress. The overall emotional experience of guilt can be defined as a sense of remorse that is typically caused by feeling responsible for some offense.  Individuals will feel guilt if they believe that they should have thought, felt, and/or acted differently in a particular situation, especially if the situation was traumatic in nature.  The National Center for PTSD, a sub-unit of the VA, notes that “survivors might feel guilty for surviving traumatic events when others have died or for not being able to rescue others. They may feel guilty for actions that they committed during the traumatic events or for feeling responsible for the overall traumatic event.”

Both moral injury and survivor’s guilt can be two issues that are not always assessed or processed with service members, but can have deep, painful emotional costs that can be ongoing and block progress in reducing or remitting their symptoms.

Lastly, what are some resources and supportive organizations that can be another point of reference for us as civilians as we look to begin to assist with the healing process of many members of our military? And, how do we support those who are returning from war with invisible wounds as well as those who are already on the homefront prior to the U.S. withdrawal from Afghanistan?  These are going to be emotionally, physically and morally trying times for members of our military and their families for years to come.

We have all heard the phrase “knowledge is power” and educating ourselves on military culture as well as getting trained in Mental Health First Aid (MFA) can be a good first step. Free training can be found here: https://deploymentpsych.org/military-culture.

Mental Health First Aid can help learners address common mental health concerns encountered by veterans, military members and their families. It can reduce stigma connected to seeking mental health services and can teach strategies for family members, friends and comrades to create an environment that encourages an open dialogue regarding someone’s mental health.  When completed with the training, learners will also be able to offer self-help strategies to stay mentally well and be able to suggest useful resources where someone can get professional help.

Military culture is complex to say the least.  Just like learning and experiencing any culture, it is important to have a basic understanding of some of these complexities.  Things such as military structure, various acronyms, the Reserve and National Guard components, ranks, chain of command, military values and the physical aspects of war are just the tip of the spear.  The mental and emotional aspects of war are especially daunting to understand, specifically the psychological effects of the rules of engagement, moral injury and survivor’s guilt.

As I watched interviews and reactions from veterans all over the nation in response to the military withdrawal, I came to understand that we have left some Afghani people behind who have helped our troops over the years with translation and training.  This simple fact has caused so much hurt within the military community that it has contributed to the struggle of survivor’s guilt and moral injury that many military servicemembers and their families could be experiencing. And, the frustration and anger that is experienced by our military community also shows that we are individual Americans, with feelings and  morals who care.

We are intelligent enough to understand that some bad people in Afghanistan does not define that nation as a whole.  As civilians, it is now our call to help love and support those who fought selflessly to protect us and our country following the September 11th attacks.

Although the 20-year war has ended, many servicemembers and their families continue to fight for their wellbeing back on U.S. soil.  The invisible wounds of war continue in the hearts and minds of those same individuals who selflessly took up the call to fight for our country and the people who live in it.

Halvorson, A., & Woll, P. (n.d.). Understanding the Military: The Institution, the Culture, and the People. Retrieved September 10, 2021, from https://www.samhsa.gov/sites/default/files/military_white_paper_final.pdf.